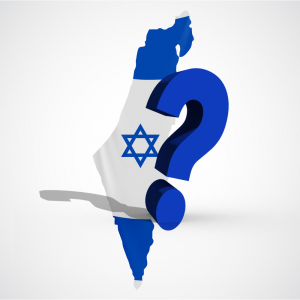 A man’s good name will outlive him, and fairly or not, his choices in life can either bring shame or honor to his family.

We know about the financial burden Israel places on the American taxpayer, but what does support for the rogue state cost our country diplomatically?

On Friday, November 27 an Iranian physics professor, Mohsen Fakhrizadeh, was killed in a drive-by shooting by Israeli agents. He is now the sixth Iranian scientist murdered in this fashion.

The Israelis claim these men are involved in a nuclear program, but as with Saddam Hussein’s weapons of mass destruction, international weapons inspectors such as the International Atomic Energy Agency unanimously agree that no such program exists.

Various figures in the Trump administration, hand-picked by the Israeli lobby, are clapping like seals for this Meyer Lansky gangsterism and Irgun style terrorism.

Assassinating scientists in foreign lands for any reason is illegal. Yet in our “rules based liberal order,” Jews are above the law! Without the US as their bodyguard, the Israelis would have faced justice for their behavior long ago.

There seems to be no limit to the depravity that Washington is willing to indulge on behalf of Israel. The Trump administration and its donors’ political appointees have aggressively supported Saudi Arabia’s man-made famine against the civilians of Yemen, where some estimate up to a thousand children a week have been dying from hunger and lack of medicine.

When a bipartisan bill to end US support for this barbarism was passed in the Senate, President Trump vetoed it.

According to the logic of the Trump administration, America must enable crimes against humanity in wars in which we have no stake, because if we’re nice to Mohammed bin Salman, the savage Crown Prince of Saudi Arabia, he’ll be nice to Israel in return.

In Central Asia, Christian Armenians have been massacred at the hands of Azerbaijani forces, who have deployed cluster munitions and other weapons banned by the Geneva Convention to wreck priceless historical cathedrals and blow off the limbs of civilians.

The illegal weapons, along with 60% of their military equipment, were provided to them by Israel, including during covert, late night shipments just days before they invaded the disputed territories. Thanks to Azerbaijan’s Israeli-provided military edge, they have defeated the Armenian military. If the fragile ceasefire fails, the ancient Armenian population of Nagorno-Karabakh will be violently ethnically cleansed with the latest in technology provided to the IDF by the United States.

In Palestine, US Secretary of State Mike Pompeo expressed support for the annexation of large portions of the West Bank during a visit to an illegal Jewish colony.

The United States is the only country in the world willing to stand by Israel’s decision to demolish small Palestinian towns and settle Jews in their place. In Gaza, where the people are willing to fight for their land, the US and Israel are working together to stop food and medicine from reaching them in hopes of starving them into submission.

In Sudan, Trump offered to take the country off the list of “state sponsors of terrorism” in exchange for restoring ties with Israel, revealing that the list is nothing more than a cheap political cudgel that nobody should take seriously. Every deal brokered by the US, including those that have nothing to do with the Middle East, require nations like Serbia to paint themselves in a diplomatic corner by recognizing Israel’s bogus capital of Jerusalem.

If anyone thinks the incoming Biden administration will be any less obsequious to Israel, think again. Biden’s pick for Secretary of State, Zionist Jew Antony Blinken, has supported every US intervention in the Middle East since the 2003 Iraq War, described the killing of Palestinian civilians by Israeli missiles as “self-defense” and pledged to continue Trump’s “Israel-first” policies of threats and sanctions against Iran and unconditional aid to Israel.

The eagerness of Democrats and Republicans to kill, displace, sanction and spend for a tiny sandbox that produces nothing of value is a problem of political corruption, not geopolitics. 55 of the 100 biggest donors to both parties in the 2020 election cycle were Zionist Jews.

In America, bribes are placed on the table rather than underneath it, but the cause and effect is the same. The guy with stacks of cash on the table gets undivided attention while what ordinary Americans want, peace and disengagement, isn’t even an afterthought.

Our country has been transformed into one of Sheldon Adelson’s Las Vegas casinos, except we pay and they play!

Meanwhile, our nation’s reputation continues to suffer from this one-sided relationship. The world concludes from our relationship to Israel that somehow the majority of Americans–seeing how much the US brags about being a “democracy”–consent to this behavior.

This isn’t fair. Leave the coasts and major cities and White Americans aren’t sellouts, sociopaths and greedy cynics like Mike Pompeo or Richard “Tinkerbell” Grenell. Our country is made up of simple working people who are kind, charitable and honest. This is our true identity, and the image that the word “America” should invoke.

It’s not too late to restore our good name, but only if we break the stranglehold of the Zionist python first.