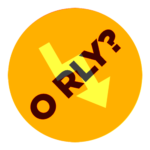 In an article posted to Buzzfeed on April 21, Christopher Miller claimed that the NJP “promotes violence.” This claim is completely false and Miller does not cite any evidence to back it up. The NJP has responded with a letter to Buzzfeed demanding a retraction of this claim. The letter is reprinted below in HTML form. You can download a PDF of the letter here.

To Whom It May Concern,

In an article by Christopher Miller dated April 21, 2021 published on your website, you alleged that the National Justice Party “promotes violence.”

This statement is demonstrably false.

The National Justice Party does not, nor has it ever, promoted violence. We are a legal entity that promotes collective political action in the interest of White Americans.

All our articles, statements and speeches are available to the public. You can view them on our website to confirm that we have not promoted violence in any way. If we had in fact ever promoted violence, no doubt Miller would have quoted us doing so to provide evidence for his claim. The fact that Miller made such an inflammatory claim with no evidence and your editors did not demand he provide any, speaks volumes as to the journalistic standards at Buzzfeed.

If Buzzfeed wishes to find promoters of violence, it should look at itself.

In the same article where you allege that the NJP promotes violence, you cite heavily the “expertise” of the Soufan Group, a deep-state organization whose founder and CEO, Ali Soufan, has been implicated in controversies involving extraordinary rendition, torture and entrapment.

According to declassified documents, Soufan’s FBI partner participated with the CIA in the interrogation of suspects using “enhanced interrogation techniques” including “forced nudity and sleep deprivation.” Soufan’s partner said he approved of such techniques. Soufan has denied this in testimony before congress, stating that he extracted intelligence without torture, but his testimony is belied by actual documentation, making him a perjurer.

Soufan’s only real achievement in his career as an FBI agent seems to be spearheading an entrapment scheme where he baited Dr. Rafiq Abdus Sabir, an Arab-American doctor, into saying he would like to provide medical treatment for injured Iraqis. Dr. Sabir was then arrested and convicted on charges of “material aid to terrorists” despite never actually rendering any such material aid.

This is naked entrapment, the only tactic ever used by the FBI counter-terrorism division. According to a 2014 Human Rights Watch report the tactics used by Soufan in this case were used by the FBI in 27 other cases in which otherwise innocent muslim-Americans were targeted by the FBI for their religious beliefs. The report further states that as of 2014 no FBI terrorism prosecutions since 9/11 had involved a terror plot that was not originated by an FBI agent.

As of 2021, White Americans are now being targeted in similar entrapment schemes for their race and political beliefs. As in 2014, it remains true today that the FBI has yet to actually foil a real terrorist plot.

The tactic of entrapping innocent people is used by the FBI to give political cover to the government for policy decisions it has already taken, not to fight terrorism. In 2005, that policy was to promote the “war on terror.” In 2021 it is to promote the war on “domestic right wing extremism” which in reality means a war on politically dissident native born White Americans.

Additionally, the focus of the FBI on countering so-called “domestic right wing extremism” or “White supremacists” is questionable in terms of providing any value from a public safety or law enforcement standpoint.

According to none other than the Anti-Defamation League (ADL), so-called “domestic right wing extremists” were only involved in 16 deaths in 2020, none of which are alleged by the ADL to have been politically motivated murders or terror attacks.

Two of these deaths were suicides. Most of the others were police shootings of criminals of the sort that the ADL and Buzzfeed would both be complaining about were the individuals shot by the police Black. The only politically motivated murder listed by the ADL in their report was the murder of Patriot Prayer member Aaron Danielson by left-wing Antifa terrorist Michael Reinoehl.

In 2020, a year in which the ADL had to search under the couch cushions for “domestic right wing extremist” related deaths, the murder rate in the United States soared to almost 20,000, a 15% jump from the already shocking number of 16,425 in 2019.

Based on the ADL’s own report, all resources dedicated to fighting so-called “domestic right wing extremism” are completely wasted, and these resources should be redirected to fighting actual violent crime, which primarily affects Black Americans.

In fact, the focus on “domestic right wing extremism” is putting Americans in danger as it diverts resources from real threats. Just last week the FBI admitted that they dropped an investigation into Brandon Scott Hole, the mass shooter who murdered 8 people at a FedEx facility, because he did not espouse a “racially motivated violent extremist” (RMVE) ideology.

Of the 147 mass shootings so far in 2021, none of them have been carried out by someone with a so-called RMVE ideology, calling into question the value of using this as a heuristic for law-enforcement scrutiny of individuals.

The scaremongering over the January 6th protest at the US Capitol has similarly fallen apart. Despite the characterization of the protesters as “terrorists” by Buzzfeed and other media outlets, none of the defendants are actually charged with terrorism related offenses. None will be charged with homicide either as it was revealed last week that Capitol Police Officer Brian Sicknick died of a naturally occurring stroke that had nothing to do with the protests, contradicting media reports that he had been murdered by protesters.

Not only has Buzzfeed amplified the completely unjustified scaremongering over White political activism and January 6th, in the very same article in which Buzzfeed alleges that the National Justice Party promotes violence, Buzzfeed cites an organization whose founder and CEO is a perjurer that has been implicated in extraordinary rendition and torture and whose only actual “counter-terrorism” bona-fides involve entrapping an innocent man who he targeted for his religious views.

The implications of this are astounding.

In falsely claiming that the NJP promotes violence, and in citing the ethically compromised and politically motivated Soufan Group as an authority on how to deal with supposedly violent domestic groups, Buzzfeed is actually calling for violence against the NJP, our supporters, and any Americans who happen to agree with our positions.

In fact, they are calling for violence against all White Americans that are to the right of Buzzfeed. They are saying that native born pro-White activists should be subjected to the same sort of extraordinary rendition, torture and entrapment that Ali Soufan participated in in the past. Buzzfeed is promoting the violent oppression of American citizens for their race and political views using the same methods used in the so-called “war on terror.”

We demand that Buzzfeed correct the article and print a retraction, stating the that the National Justice Party does not promote violence.

We demand that Buzzfeed cease making false statements about the NJP, its supporters and similarly non-violent political organizations.

We demand that Buzzfeed print a clarification about the record of the Soufan Group and of Ali Soufan.

We demand that Buzzfeed print a clarification on the risk to the safety and security of Americans posed by so-called “domestic right wing extremism,” which according to the ADL’s 2020 report is exactly zero.

Given Buzzfeed’s record of shoddy and outright mendacious reporting, we do not anticipate that you will follow through with your journalistic duty to make these corrections. Therefore, we will be sure to make every effort to inform the public of your organization’s promotion of violence, political repression and entrapment against American citizens.