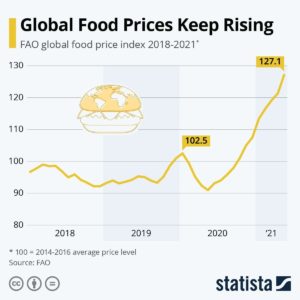 For years, Washington has formulated a strategy for world domination that saves the political headache that comes with committing boots on the ground.

The United States approaches country X. Country X has a government system or policy Uncle Sam doesn’t like. An envoy is dispatched and demands it change. When nation X affirms its rights as a sovereign nation under international law, Wall Street and the Treasury Department load bullets into their financial gun and draw up sanctions intended to engineer hunger and misery.

In theory, this leads to the defiant state capitulating or its starving but covertly armed people overthrowing it. In Syria and Afghanistan, sanctions have no strategic value. They serve as collective punishment against the civilian population when they push US meddling out fair and square—the equivalent of the loser flipping the board game up in the air.

This regime change strategy has hit a snag in recent years. “Maximum pressure” campaigns against Venezuela, which holds the world’s largest oil reserves, and Iran, which owns the fourth most, have failed to topple their governments due to China and Russia flouting US sanctions and continuing to buy their oil.

The result of these monstrous and inhumane attempts by our leaders at engineering man made famines in Iran and Venezuela are now being felt by ordinary Americans and Europeans who are suffering from skyrocketing food prices driven by surging energy prices.

In an ideal world, where America is run for Americans, there’s a quick and easy solution: lift the sanctions on Iran and Venezuela so that the USA and Europe can trade fair and square for their oil, which will instantly cap prices on the world market.

The Jewish foreign policy establishment, led by Antony Blinken, are refusing to take these simple measures, instead vowing to make the situation exponentially worse.

Blinken and his pack of rabid dogs have decided to put on a mean pose and start threatening Russia, the world’s second largest energy exporter and Europe’s gas lifeline, with the prospect of deplatforming the Kremlin from SWIFT, the international financial transaction system. Such a reckless act would spell catastrophe for the very NATO countries the corrupt and psychologically unstable people in the US military establishment claim to be fighting for.

Most insulting of all is that our leaders and controlled media-academia complex don’t respect us enough to even tell a plausible lie as to why we are sanctioning Iran and Venezuela, or getting involved in a relatively minor Eastern European border dispute in the first place.

Iran, a developed nation of 80 million and bulwark of sanity in the Middle East, has done nothing to provoke our ire other than exist. Iran is a natural challenge to the inorganic strategic edge Israel enjoys over its neighbors, and thanks to the Jewish takeover of our major institutions, this is now a problem that Americans and Europeans are expected to care about and suffer for.

The Trump administration’s “maximum pressure” blockade, which initially inflicted horrors on Persian women and children, was designed by Sigal Mandelker, an Israeli born operative embedded in the US Treasury Department, a branch of our government that Jews have used to drag us into unnecessary wars and to target foreign populations for starvation and death going all the way back to Pearl Harbor and the Morgenthau Plan.

The Venezuelan government has been targeted since the early 2000s for nationalizing its country’s oil and using this economic independence to pursue warmer relations with nations such as Iran and Russia. Elliot Abrams, a Jewish neoconservative responsible for successfully overthrowing elected governments during the 1980s, was involved in the failed 2002 coup attempt against president Hugo Chavez, and under Trump, took another crack at taking down Chavez’s successor Nicolas Maduro.

US meddling in Venezuela can only be described as risible. In one bizarre episode reminiscent of the antics of Idi Amin, the White House “recognized” Juan Guiado, a man who declared himself the president of Venezuela on Instagram despite not even running in the election, as the legitimate leader of the country. Nothing has come of this and at this point nothing ever will.

As for Russia, banishing it from international trade is certain to trigger a global depression. Rather than negotiate in good faith, the Biden administration’s genius plan is to yell at their Arab satellite states in OPEC for not producing more oil as they struggle to meet current demand. When Israel wants something, it becomes the world’s problem.

America’s founders, opponents of imperialism and cognizant of its problems, called for a foreign policy of “extending our commercial relations, to have with them as little political connection as possible,” as George Washington stressed in his 1796 Farewell Address. This remains the most popular foreign policy with Americans today, despite being attacked as “isolationism” by Jewish foreign policy elites who see the will of the people as an obstacle to get around, rather than a guide for action.

Today, Jewish money power has transformed America into the world’s dirty cop. How much more pain at the pump and at the grocery store can we endure before we work up the courage and say ‘Enough!’ to these unelected parasites?