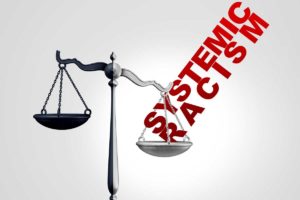 Is being white a privilege in America?

Let’s put aside sociological and philosophical speculation and instead investigate history and human behavior.

If being legally classified as white is advantageous to an individual or group’s advancement, why do so many fight desperately to escape the label?

Take Portuguese-Americans as an example. Portuguese descended persons, as with all Europeans and even some non-Europeans, have since the founding of America been legally classified as white.

But by the mid-1960s, the passing of the Civil Rights Act and Affirmative Action — which is shorthand for systematic anti-white racism — ushered in a new Republic, one where persons of European descent, for their immutable characteristics alone, would forever be artificially disadvantaged by both the state and private business interests.

Naturally, several white groups sought to flee from this designation in hopes of accessing the massive upper hand in gaining university scholarships, small business loans, federal contracts, easy mortgages and other race-based advantages originally intended for America’s former slave population but, by the 1970s, expanded towards every single group that was not legally designated as white.

In 1972, the Nixon administration, pressured by anti-white non-governmental organizations such as the Ford Foundation, invented a new minority category: Hispanic, a classification with no biological or anthropological value, which lumped the biggest Hispanophone groups of the time — black Puerto Ricans, Amerindian Mexicans, and European-descended Cubans– into one pot despite them being racially, geographically and sociologically disparate.

The category excluded Brazilians and included Europeans from Spain, which then led to an attempt at mitigating this with the even more arbitrary classification of “Latino.”

It was at this point that many Portuguese-Americans began arguing that they were Latino, and in some cases even Hispanic (the historic rivals of Lusitanian Portugal) due to their Iberian ancestry.

Using this technical escape from white, clever Portuguese contractors began getting their hands on bags of minoritarian grievance money, creating some of the biggest and most powerful companies in states like Massachusetts by using their dubious minority status to win juicy contracts.

In 2018, Boston superior court judge Douglas Wilkins put an end to this by taking the Supplier Diversity Office executive to task for allowing white men, all of them Portuguese, to win $15.6 million dollars in state construction contracts by applying as minority-owned businesses.

The poorly and hastily constructed “Hispanic” category has allowed European descended Spanish speakers from the Western Hemisphere, Spain and sometimes even Portugal, to — depending on the state they live in — slip into the “minority” category. But several court rulings have been addressing the “problem” of European descended people of any type being able to find a loophole that allows you to compete as equals with non-whites for jobs, education and loans.

With new sub-categories such as “Afro-Latino” becoming common parlance in academia, and momentum being built by the movement to reject Hispanic and Latino as European frameworks imposed on a largely Amerindian population, the days of whites who came in the 1950s and 60s from Cuba primarily but also from other parts of Latin America and Spain easily accessing these privileges are numbered.

The Portuguese and Spanish are by no means the only Europeans who have attempted this. In 1979, the U.S. Civil Rights Commission heard appeals from organizations representing Polish-Americans, Italian-Americans, and various other European ethnicities asking to be taken out of the generic “white” category and excluded from Civil Rights legislation’s anti-white discriminatory measures citing historic prejudices against Catholics, the 1924 Immigration Act, etc. The Civil Rights Commission threw their case in the garbage.

The flight from white has become more intensified in the 21st century as systematic racism drips down from the highest echelons of power to every day life against those who are grouped as whites. Outside of perhaps the Haitian revolution, Mugabe’s Zimbabwe or South Africa, white people have never been as viciously discriminated based on racial characteristics alone as in the United States.

In the early 1900s, when being white was a prerequisite for American citizenship, peoples of the East Mediterranean such as Syrians and Lebanese won Supreme Court cases recognizing them as white peoples.

Today, their wishes have changed with the zeitgeist. The movement to take Near Eastern and North African people out of the white category and formulate a new “MENA” minority grouping is accelerating and looks likely to soon succeed in its lobbying.

Whites who trace their ancestry further back than 19th and 20th century Europeans have also attempted to escape the box, either by identifying with small amounts of American Indian heritage or, in famous cases such as Elizabeth Warren’s 1986 application to Harvard, outright making it up.

This habit seems to have transcended elite status-seekers and traveled down to the general population. The 2020 census found that the US’ Native American population effectively doubled in 10 years. This demographic boom defies all population data on America’s Indian population. The real reason for their rise, many speculate, is that many old stock white Americans are afraid to officially identify as white.

For other whites, particularly young white liberal women, identifying as LGBT — which in many informal and formal senses also yields social, educational and career benefits — has become an attempt to escape the state and media induced racial stigma of being white. A study released in May 2022 found that the drastic rise in young people who classify themselves as “LGBT” or a novelty gender does not correlate at all with actual homosexual practices or cohabitation. In other words, large portions of young white people calling themselves “LGBT” are live and date exclusively as heterosexuals.

For those who find tactically identifying as a homosexual repugnant, a new novel strategy for avoiding the elephant in the living room, championed by reactionary thinkers such as E. Michael Jones, is to identify primarily as Catholic or Christian instead of white.

This is an appealing prospect for the risk averse who, understandably, accurately see mounting a political struggle that centers race as dangerous and frightening under the current regime.

Yet Jones, who rejects the white label and says he is biracial due to being Irish and German, is still subject to the very real, legally binding and pernicious reality of American race law.  The argument that he is not white would be laughed out of every single court in America. There is no way to fight to reverse these discriminatory race laws without first doing what every other successful group in America does: organizing as a race.

At the end of the day, whether you are from Lisbon or Vladivistok, Argentina to Australia, or a white South African, if you are the offspring of the West — a European gentile — the people who control America in Washington, New York and San Francisco have created a world order where you are a global enemy and targeted to be wiped out. No amount of creative limbos or verbal tricks will allow you to dodge the net, at least not for long.

Whether you feel your religion or made up gender is more important than your race or not is irrelevant. You are white in the eyes of law and, sooner or later, will encounter barriers to you and your family’s well-being and opportunities because of it. It’s time to stop running and fight back. If they want to marginalize and criminalize us, we must show them what we’re really made of.

Join the US Military, Cracker…Please

Pssst…hey flyover white boy, I’m a military recruiter. I’ve got for you the opportunity of a lifetime. How would you like to see the Ukraine this time of year? Maybe Iran? Ever wonder what it’s […]