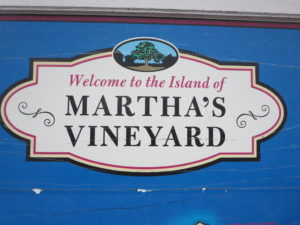 The hypocrisy of the wealthy is a humorous sight to behold. Every last citizen of the New England island holds that “refugees are welcome here,” but have reacted with indignation at having to deal with the structural issues of having to clothe, feed, and house dozens of people who don’t even belong in our country.

Demoralized conservatives have been stretching the schadenfreude like taffy. Republicans are “finally winning the optics war!” declared The Spectator.  The network of commentators in what is called the “New Right” or, less charitably, Populism Inc, have hailed this as the pinnacle of owning the libs, and are even going so far as to crown Ron DeSantis the new leader of Trumpism (in spite of the alive and kicking Trump).

There’s no doubt that flying illegal immigrants to places where wealthy liberals live is, superficially, going to be a base pleaser. To the converted, as in the anti-immigration right, this shallow but satisfying display may compel disillusioned White people to vote for the Republican party–which has chosen to refuse to campaign on immigration and crime–when they otherwise were planning to stay home and continue sullenly stewing.

Yet, on the other hand, wealthy liberals may also be galvanized by the display, especially as they spin up their favorite response: sending federal agents to arrest their opponents.

Recently, Governor DeSantis–who plans to run for president in 2024–told a convention of “Christian nationalists” led by Jewish Israeli Yoram Hazony that Florida should be the model for America.

Yet, four years into his governorship, DeSantis’ demonstrated anti-immigration bonafides–a must for a candidate trying to swipe Trump’s movement from him–are not very impressive.

The state of Florida is currently home to the third largest illegal alien population in America.

ICE removal data reveals that several states, including notorious “sanctuary states” such as California and states with relatively small illegal alien populations like Louisiana, have internally removed up to three and four times more illegal aliens in 2019 and 2020 than Florida has.

When officially estimated illegal immigrant populations (which are believed to be severe undercounts) are adjusted for, an illegal alien’s risk of deportation in California is comparable to his chances of being deported from DeSantis’ Florida!

Further reading of ICE illegal immigrant removal data reveals that ICE has deported more immigrants in one DeSantis year (2019) than any year under his predecessor Rick Scott, but this fizzled out to numbers similar to the open borders Scott in 2020.

In what can only be described as ironic, DeSantis’ current opponent in the Florida gubernatorial race, former Republican Governor turned Democrat Charlie Crist, had significantly more illegals deported during his term (2007-2011) than DeSantis in 2019 and 2020.

DeSantis, and by extension Trump, apologists could argue that deportations fell sharply during the period of 2017-2021 due to resistance from blue states and cities. But after a certain point, the results have to speak for themselves.

The Florida legislature and DeSantis have attempted to pass laws to enforce existing immigration law, but these have been largely ineffectual or have been hung up in court.

DeSantis’ cheerleaders could argue that it isn’t his fault. But the argument for DeSantis over Trump has been that the latter is all bark while the former actually bites.

In truth, they are both all bark, except Trump’s bark often discredits enemy institutions like the FBI and the media, which heightens contradictions inside the neoliberal system, while DeSantis is more or less a conventional “cuckservative” desperate to imitate Trump, but ultimately a less TV-friendly version of Ronald Reagan.

What Is the Real Solution?

Venezuelans today compose the largest number of illegal aliens in the United States.

US foreign policy, which has applied “maximum pressure” sanctions on the historic food-importer Venezuela, is the primary culprit for the wave of immigration out of the country, which has destabilized a number of countries in the Western hemisphere.

This is the product of the Trump administration’s appointment of disgraced war criminal Elliot Abrams to engineer a famine in Venezuela in hopes of starting a civil war that would topple the Maduro government, which ultimately failed.

DeSantis and the Republican Party are hawkish supporters of the policies destabilizing nations such as Cuba, Nicaragua, and Venezuela. Simply leaving them alone and allowing the Venezuelan people to govern themselves however they want is one part of the answer.

On the home front, instantly deporting illegal immigrants as soon as they arrive in the United States, along with policies to forcibly remove those already here, is the only solution.

Governors have the moral right and popular support to refuse to obey federal courts that order states to not enforce existing federal immigration law.

Democrat governors and mayors across the nation openly refuse to obey federal law, even banning federal agencies such as ICE from operating in their jurisdictions, yet nobody in the GOP seeks to respond in kind on the immigration question, even as they punish their own constituents by refusing federal mandates to expand Medicaid or forgive student loans.

DeSantis, with his Martha’s Vineyard stunt, appears willing to skirt the law for the sake of theater. If Republicans are serious about stopping mass immigration, they would ignore federal injunctions from activist judges and use their state budgets not to fly illegals to Chicago, New York, and Martha’s Vineyard, but back to Central America and Venezuela where they belong.

But America’s billionaire class loves DeSantis, a sign that he is a fraud sent primarily to wrestle the party away from the impotent yet rhetorically chaotic Trump and restore the pre-2016 status quo we all soundly rejected.

DeSantis’ re-election campaign is currently one of the best-funded of its kind in American history. DeSantis’ war chest is rapidly approaching $200 million, mostly raised from whales in high finance and big business along with establishment GOP sources such as the Republican Governors Association.

If you think DeSantis is an immigration restrictionist, you have to believe the same of his donors, which would make you a low-information voter.

Ignore the theater. The numbers, and the policies they represent, speak for themselves.