Two thousand twenty-two was a tremendous year for the National Justice Party. In only our second year of existence, we hosted several of the largest pro-White gatherings in decades, marched and rallied for racial justice for Whites in cities around the country, and greatly expanded our organization and capabilities.

The year began with the release of our documentary “Terror in Waukesha,” co-produced with Media2Rise. The documentary showed how Darrell Brooks was incited to violence by Black Lives Matter and the anti-White media, how well-financed left-wing activists and NGOs conspired to get him released from jail despite his long history of violent crime, and how after the attack, these same players covered up the evidence of Brooks’ racial motive. National Justice reporter Trey Garrison and NJP central committeeman Greg Conte teamed up with journalists from Media2Rise to speak with public officials and even Brooks himself, proving that our institutions knew the truth about the attack, yet were too cowardly or corrupt to speak up about it. 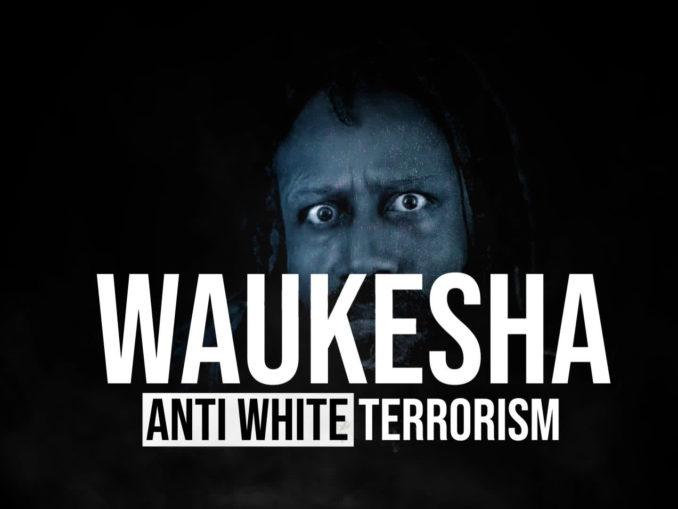 In April, we held our seventh mass meeting at a large hall in eastern Pennsylvania, which was filled with over 300 eager attendees. This meeting was notable for the speech given by Warren Balogh, “The Mass Expulsion of Whites from American Cities,” as well as a major foreign policy address by Chairman Peinovich. The number of new faces, vendors, families who attended this meeting far surpassed anything in 2021, a trend of growth that continued throughout the year. This year’s summer was dominated by NJP street activism on behalf of White victims of violent Black crime. In addition to numerous local actions of flyering and leafleting by volunteers and activists nationwide, the party organized and led several large rallies in cities across the United States. 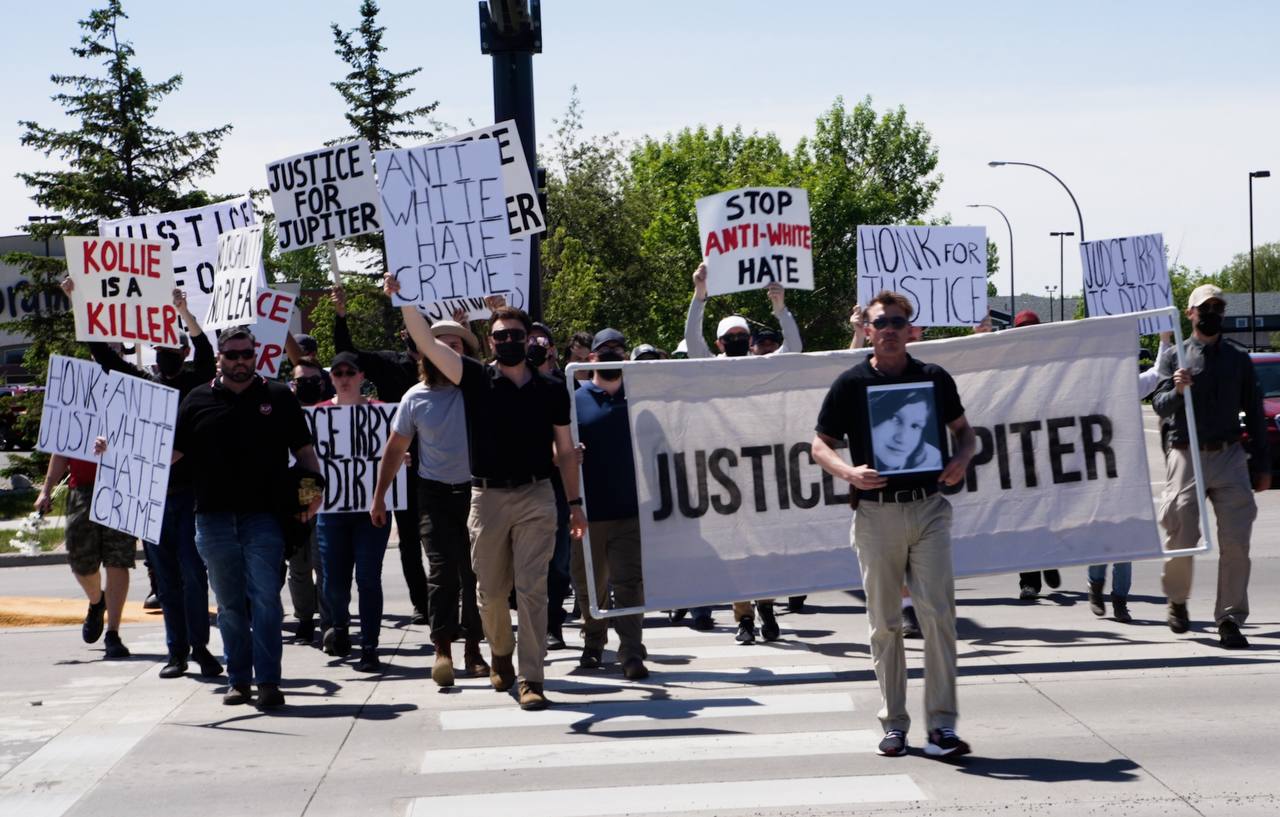 Building on the experience of our successful rally and protest after the Waukesha attack, we rallied in Fargo, North Dakota to demand justice for Jupiter Paulsen, a 14-year-old White girl who was savagely murdered by African migrant Arthur Kollie in 2021. Invited to Fargo by local activist Peter Teft, and with the support of Jupiter’s father, the NJP was able to help mount enough public pressure to bear on the case to force the court to drop the bogus insanity plea they were quietly building in Kollie’s favor. As a result, Kollie was sentenced to life imprisonment without parole.

“We got him,” Jupiter’s mother, Antonia Johnson, said after the verdict, the TV station reported. “We got him and it’s over. Rest. Just know that justice was served. Justice for Jupiter.”

On June 25th, the NJP marched and rallied in front of the Harold K. Stubbs Justice Center in Akron, Ohio, to protest the brutal beating death of White teenager Ethan Liming by a group of adult Blacks. Using an alleged water gun prank as a pretext, the anti-White court in Akron later downgraded the charges against Ethan’s killers from murder to involuntary manslaughter and assault. 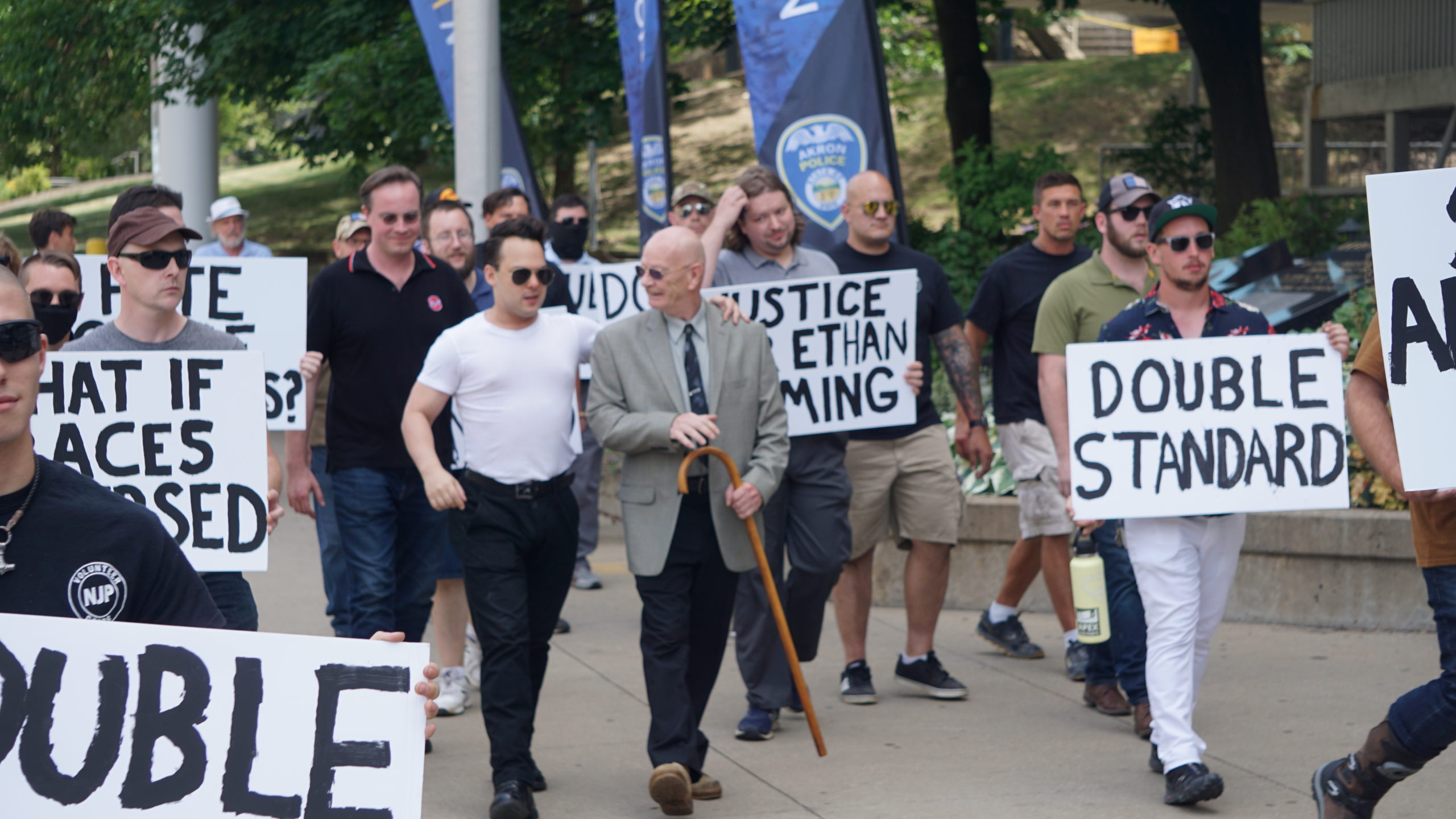 The NJP returned to Akron a second time in August for what became the largest public demonstration by party activists to date. In November, Ethan Liming’s father ultimately acknowledged that his son’s skin color played a role in why the courts were appearing to let his killers off with a slap on the wrist. The NJP continues to stand in lockstep solidarity with the Liming family and demands justice for this heinous crime.

In August, on the second anniversary of the founding of the NJP, we launched our Supporter Platform, creating an opportunity for folks to contribute to funding future growth and political action. Despite hurdles and obstacles thrown in the way by “our democracy”—which has seen us blacklisted from credit card processing and other traditional fundraising methods available to establishment political groups—the program was established with great success in 2022. 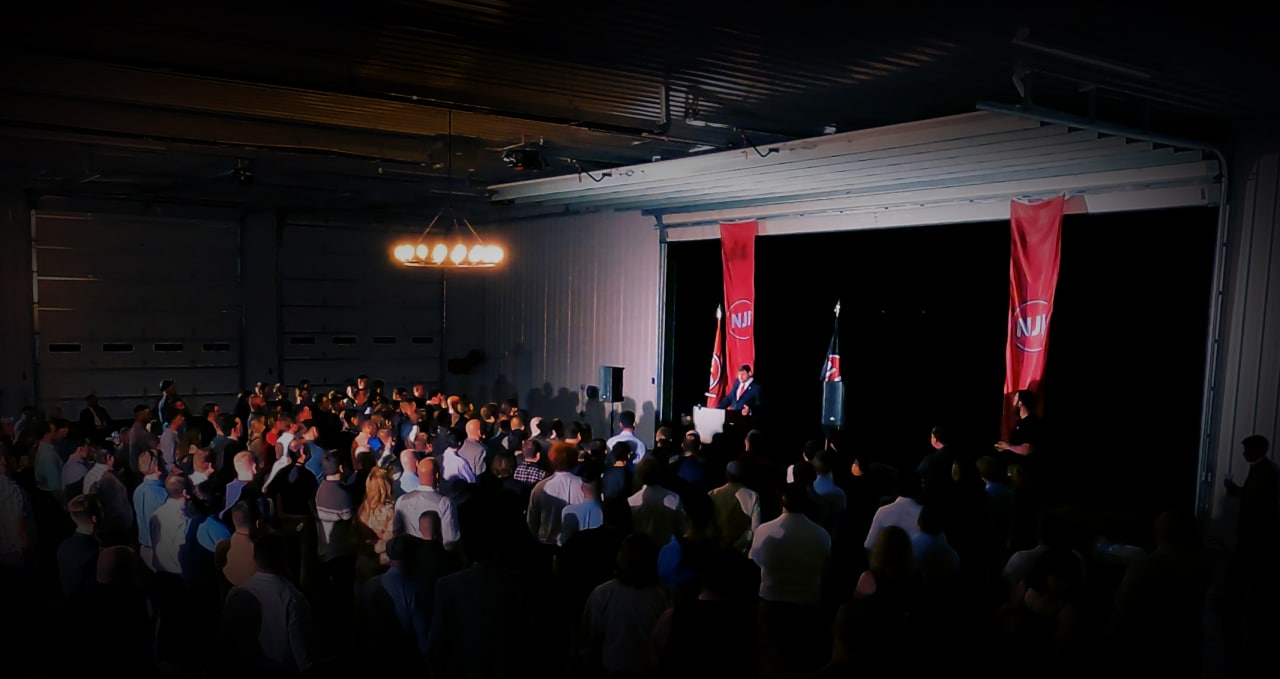 In September, we held the eighth mass meeting of the National Justice Party in central Ohio. With over 400 persons attending, it was one of the largest events hosted by any pro-White organization in decades. As with all our mass events, this meeting saw a staggering amount of new faces, bringing together supporters from all over the country and from all walks of life. This meeting was memorable for a thunderous speech given by Greg Conte, titled “Abolish the FBI.” Greg highlighted many examples of abuse of power and outright corruption by the anti-White federal agency, while reiterating our demand to dissolve the FBI altogether—a demand first made in our Party Platform two years ago, which has been copied and repeated by countless others ever since. 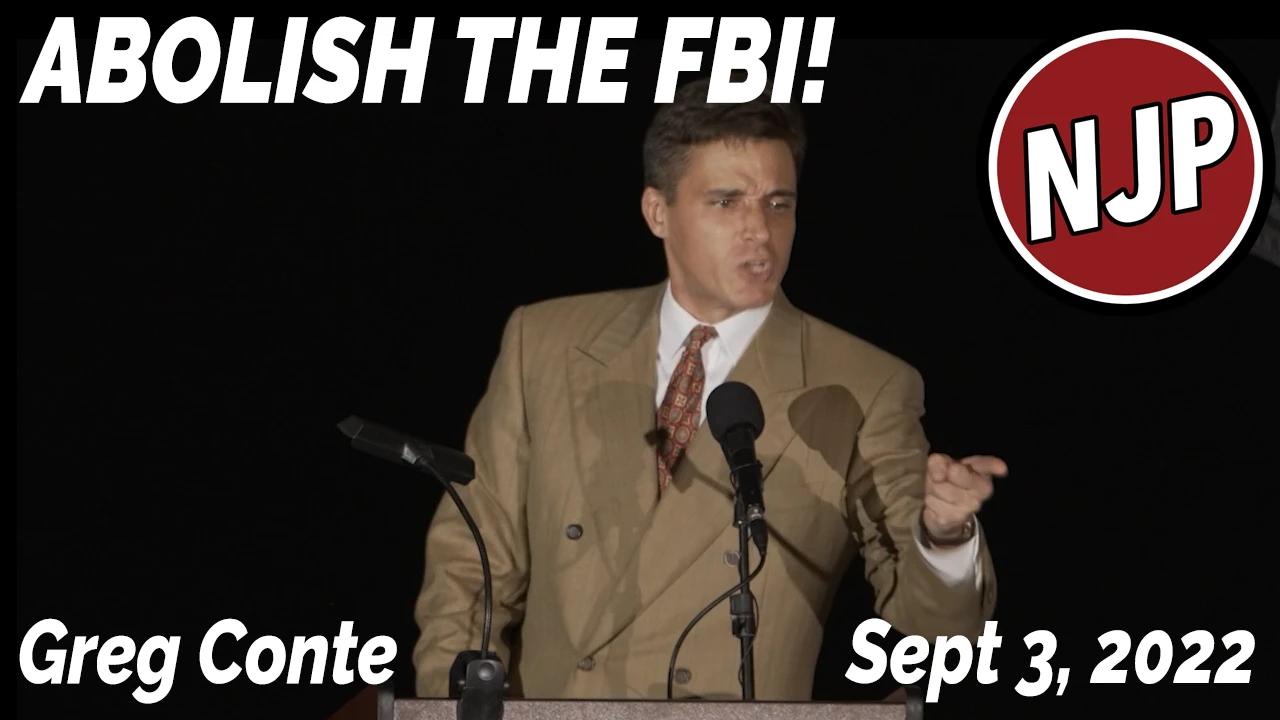 Our fall meeting was keynoted by Chairman Peinovich, who spoke about “the Moral Case for White Nationalism,” and outlined the strengths and successes of the party’s street activism. The meeting was also notable for the high level of professionalism on display, which was the result of a year of administrative and reorganizational work done by our Chief of Staff, Tony Hovater, and the devoted efforts  of volunteers from the National Staff. Most of this work was completed behind the scenes, but it was one of the most important accomplishments of the party this year.

In October, the NJP returned to Waukesha during the trial of Darrell Brooks to demand hate crimes and terrorism charges. Our first protest there triggered a rare bipartisan condemnation from both United States Senators representing Wisconsin. The revelations about Brooks’ anti-White motives—as expressed on his social media—were first reported by NJP committeeman Joseph Jordan, and were subsequently picked up and reported throughout the world. 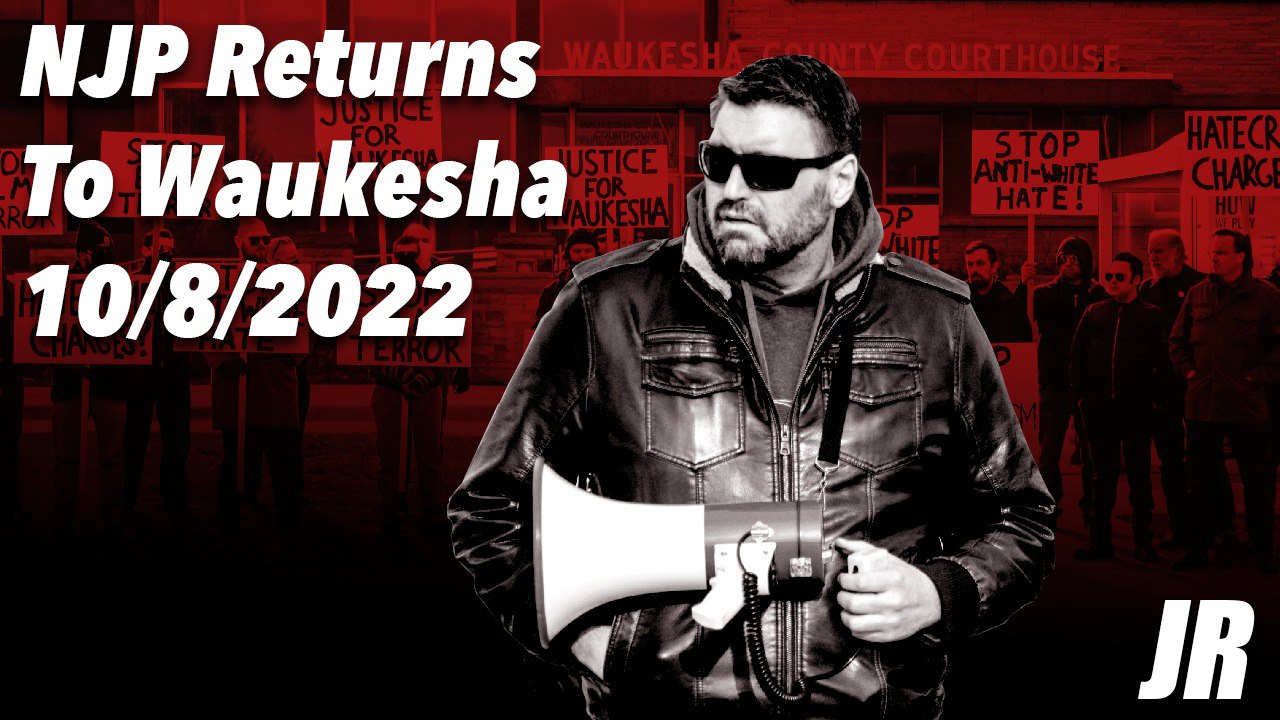 This time, however, our second protest in Waukesha was accompanied by a coordinated blackout by media reporting and politicians. It was apparent the system had learned its lesson. Nevertheless, we were still able to turn out more activists than before. We were greeted with great acclaim from locals fed up with the preferential treatment of Brooks by judge Jennifer Dorow and state prosecutors during the trial. NJP volunteer journalist Trey Garrison painstakingly covered every day of the arduous trial of Darrel Brooks. As with Arthur Kollie, the attention we drew to the trial with our media and activism helped toss a bogus insanity plea by Brooks, who was sentenced to over 1000 years in prison, including six mandatory consecutive life sentences. In a lasting show of solidarity with the people of Waukesha, NJP activists were present at the annual Christmas parade in December, distributed leaflets, and talked with locals about the impact of the attack on the community. 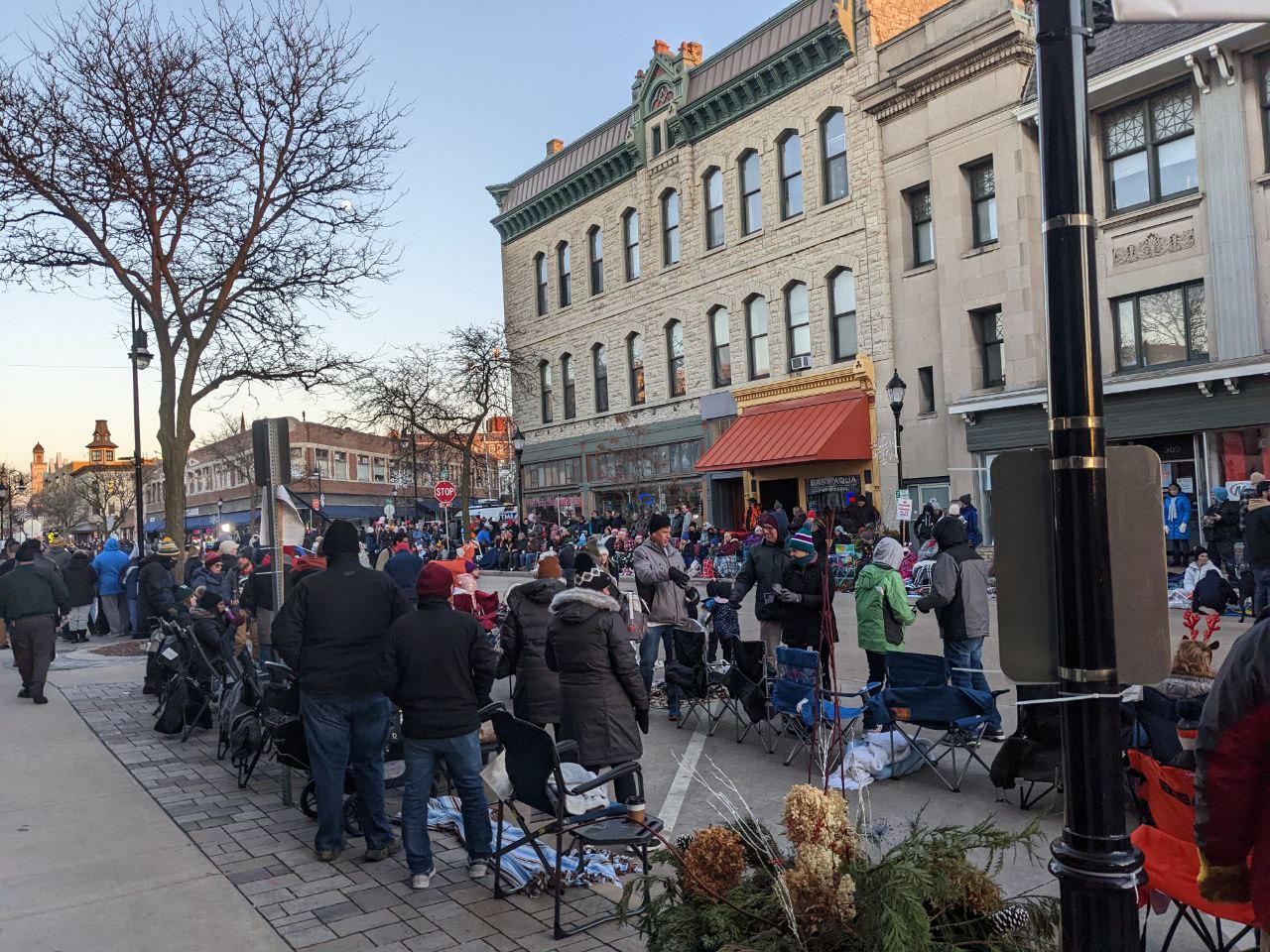 In November, after billionaire Elon Musk’s acquisition of Twitter, leaders and activists of the NJP were briefly able to return to the platform. After we accumulated thousands of followers and generated a tidal wave of positive impressions within a few short days, the Anti-Defamation League (ADL), under Jonathan Greenblatt, was forced to organize an unprecedented advertiser boycott of Twitter with the stated purpose of censoring the National Justice Party. In response to the ADL, over half of Twitter’s top advertisers—including GM, Pfizer, and General Mills—threatened to deprive Twitter of billions in revenue until Musk agreed to ban the NJP from the platform, in an extreme reversal of his promise to restore free speech. Although disappointing, this dramatic action exposed to what extent the media masters fear the growing popularity of our pro-White message and revealed what lengths they are willing to go to stifle its swiftly growing reach. Meanwhile, the NJP continues to thrive on alternative free speech platforms such as Telegram and Odysee with great success.

November also saw the ninth mass meeting of the National Justice Party, held in western Pennsylvania. Organized in the immediate aftermath of the 2022 midterm elections, the highlight of this meeting was a striking appeal to labor betrayed by both parties made by Joseph Jordan, as well as an impassioned speech to veterans neglected by the criminal American political system, from NJP committeeman Michael McKevitt.

The year concluded with our third annual Operation White Christmas, a massive charity effort matching generous supporters with needy White families in time for the holiday season. In the wake of our charity event, almost $40,000 in gifts were purchased for White children of nearly 70 different families, more than doubling our totals from the previous year.

Now, as we march headlong into 2023, the National Justice Party can do so with the confidence necessary to continue its mission of pro-White advocacy and further cultivate political power on behalf of White Americans. Emboldened by a string of undisputed successes and energized with the momentum we gained in 2022, the upcoming year will prove to be fertile ground for expanding our street activism, growing our wildly popular mass meetings, and further advancing our political platform across the public square. The National Justice Party wishes everyone a happy new year, and a sincere thank you to all of our supporters in the United States and abroad.